Home > Why Invest in Real Estate?

Jim Woods recently wrote an interesting article about why real estate is still the best investment. Woods compares real estate to stocks and explains why it makes more sense to buy real estate when it is cheaper to buy than rent. All the more reason to buy Lake Tahoe real estate! Click on the link to view entire article.

Why your best investment is a house.

LOS ANGELES (MarketWatch) — I’ve heard it over and over again for the past couple of years from friends, family, business colleagues, and even my local bartenders and baristas.

The refrain is eerily similar each time, and it sounds something like this: “What are you waiting for? Now is the time to buy that house.” I ignored them for a long time, as I knew the metrics of large supply overhang, increasing foreclosures, slow GDP growth and anemic employment figures were liable to keep home prices down for some time.

But now, however, I’m thinking those bartenders and baristas just might be right — especially after Wednesday’s news that new-home sales have hit an eight-month high. Read more on new-home-sales data.

If we look at the recent news in the housing segment, we see some very interesting trends developing. According to a report from the National Association of Realtors, sales of existing U.S. homes jumped 12.3% in December. However, the upbeat month for home sales comes after the worst one-year performance on that metric since 1997. Based on the NAR’s preliminary data, which will be finalized next month, annual sales of existing U.S. homes totaled 4.91 million in 2010. That figure represents a drop of 4.8% over sales in 2009. 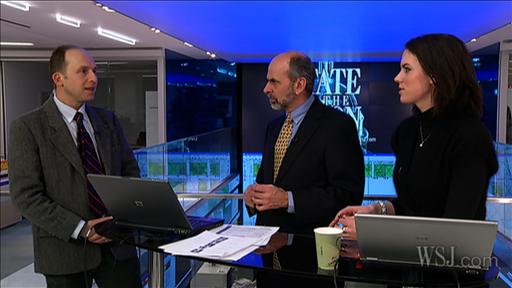 What this means is that the turnaround in sales in December could be a harbinger of more good news for home sales in the months ahead. According to NAR chief economist Lawrence Yun, “December was a good finish to 2010, when sales fluctuate more than normal. The pattern over the past six months is clearly showing a recovery. The December pace is near the volume we’re expecting for 2011, so the market is getting much closer to an adequate, sustainable level.”

January’s numbers released this week seem to bear this out.

The NAR report shows that, although there is still a lot of inventory out there in the property market, those inventories have been gradually moving down. Inventories in December of 3.56 million homes represented 8.1 months of supply, compared with 9.5 months in November. On the pricing front, we see that the median price of existing homes in December decreased 1% to $168,800. Yet for the full year prices managed to climb 0.3% to $173,000. While this median-price figure remains well below both 2007 and 2008 levels of $219,000, and $198,100, respectively, what we are once again seeing could be a bottom forming, this time in the price metric.

If we liken this to investing in stocks, it would be as if a company’s share price had recently bounced off a 52-week low in heavy trading volume (i.e., those December sales numbers). Investing in securities when it is believed the market has reached bottom following a major decline is known in investing terminology as bottom fishing, and it’s a strategy that is all too familiar with stock hounds. It’s also a strategy that’s made many an investor wealthy. See list of ‘screaming buys’ at InvestorPlace.com .

And, for real-estate buyers, what we could be looking at is a bottom in the making.

A better deal than stocks?

One reason your best investment right now could be a home has to do with the relative upside of getting in on an asset class while it’s at the bottom versus buying into other asset classes that could be near a top. Consider for a moment the tremendous upside we’ve seen in stocks, precious metals and agricultural commodities over the past 12 months. See full story on grocers and corn costs and read about Amazon as a neo-Webvan at InvestorPlace.com .

Stock prices over the past 12 months, as measured by the S&P 500 SPX +0.22% , are up nearly 17%. Precious-metals prices also are up big, with gold jumping 20% over the last year while silver prices have surged more than 50%. Agricultural-commodity prices, as represented by the Deutsche Bank Liquid Commodity Index, have spiked nearly 28% over the past 12 months. Read more about these investment instruments’ peak levels at InvestorPlace.com .

If you’re a long-term investor looking to put money to work, now is not really the best time to get into any of these three asset classes. However, with home sales starting to improve, and with prices now possibly forming a bottom, real estate could well be the asset class that represents the best low-risk buying opportunity out there today.

Besides, if that investment is your primary residence for two years or more, you won’t pay a dime of capital gains on your profit. That’s a significant savings, adding to the appeal. Read about three high-yield dividend ETF strategies on InvestorPlace.com.

Why rent when you can buy cheaper?

According to real-estate-data firm Trulia’s Rent vs. Buy Index, buying a property — including mortgage principal, interest, taxes and insurance — was actually cheaper than renting in 72% of cities around the country. The firm compared a year’s rent for a two-bedroom apartment or townhouse with the cost of buying a similar property in 50 big cities around the country. Some of the most affordable areas to buy right now, according to Trulia, are Las Vegas, Miami and Phoenix. Of course, if you’re looking to buy in Los Angeles, San Francisco or New York City, your buying cost will be considerably greater than renting.

Another cost-related argument in favor of investing in a home right now is interest rates. The bottoming out of the housing market, combined with an improving economy, could send more buyers, like me, rushing into the market to lock in current mortgage rates before they get any higher. We saw mortgage interest rates rise steadily during the last few weeks of 2010, with the average rate for a 30-year, fixed-rate mortgage finishing at 4.71% in December. That number represents a 4.3% advance from November.

Yes, mortgage rates still are near historical lows, but if we see these rates rise, then the cost of a new home could climb significantly. So, now could really be the best time to pull the trigger on that home purchase — and it could also be your best investment right now.

"Linda and her team were terrific. My Incline Village home was under contract within three days of listing. Linda handled our multi-seller, remote seller... continued"
- Joanna & David
All Testimonials
What's Your Home Worth? Free CMA