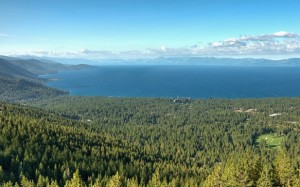 What are the advantages and disadvantages to owning property in California vs. Nevada? People looking to own property at Lake Tahoe often ask this question in trying to decide which side of the lake to purchase property. The following information shows some of the comparisons between owning/living in each state.

A limited liability company, better known as “LLC”, is a flexible business entity. It gives you the asset protection characteristics of a corporation, but with less formality. From a tax perspective, the LLC is taxes most often as a partnership. This avoids the double taxation issues that arise with a traditional corporation.

After deciding to form an LLC, the next issue is picking the state in which to do the formation. For people living in California, there is a temptation to form the entity in Nevada. Why? Well, it usually comes down to tax issues. California taxes everything including a LLC. Nevada, on the other hand, provides a much better tax situation.

So, when we ask about the merits of a California versus Nevada LLC, the answer is Nevada is the best jurisdiction to pick, right? It might appear so at first glance, but there are problems with this approach. You will often read that you can form a business entity in any state you desire. This is true, but you probably should not.

This is a common scenario, but problematic. Since the day-to-day activities of my business are taking place in Tahoe City, CA, California state agencies are going to view me as a California business. This means I will have to register with the Secretary of State as a foreign LLC since my entity is based in Nevada. I will also have to pay California state taxes and other fees.

The end result of all of this is that I end up paying all the fees I would have by originally forming the LLC in California. On top of that, I will also be paying all the Nevada fees. Given this scenario, the benefits of using a Nevada LLC are lost and I actually end up in a worse situation.

Most books and websites discussing the creation of business entities are painfully inadequate. Make sure you understand the complete picture before choosing where to originate your LLC or any other business entity.

Check out this video by CBS News.

For more detailed info on operating your business in the greater Reno-Tahoe area, click here.

"Thanks for the smooth and fast transaction! The electronic signatures were a big help too."
- Bruce
All Testimonials
What's Your Home Worth? Free CMA