Home > Living in California or Nevada? 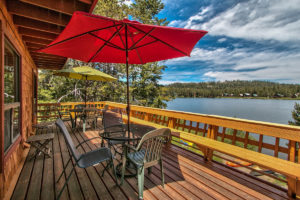 As a real estate professional I am frequently asked, “Is it true that if I am going to buy a second home at Lake Tahoe, I should buy in Nevada as opposed to California? Is it really less expensive?” Of course, this question makes sense as my market area, Lake Tahoe, is both in Nevada and California. Whenever I have attempted my intensive research consisting mainly of asking this question of other agents, or friends at the gym or over a glass of wine, I usually come up feeling as ‘gray’ about the answer as I did going into the research project.  It appears that everyone has ‘heard’ this or that, but no one is really sure. It is for this reason that I have decided to actually research the subject through experts, including conversations with CPA’s and attorneys that practice on both the Nevada and California sides of the lake.

Regardless, you are in the right place. Yes, I am a California girl (ok…maybe not like the ones in the movies) and for me, once a Californian, always a Californian. However, the great news is that I am also a licensed Nevada Real Estate Broker and have an office in Incline Village, so hopefully the information below will not be slanted and will really help you decide between California and Nevada.

Let’s start with a quick summary, and then if you would like more details on each state, click on these links for more summarized  information about California Tax Benefits & Nevada Tax Benefits.

Businesses in California vs. Nevada

A limited liability company, better known as “LLC”, is a flexible business entity. It gives you the asset protection characteristics of a corporation, but with less formality. From a tax perspective, the LLC is taxed most often as a partnership. This avoids the double taxation issues that arise with a traditional corporation.

After deciding to form an LLC, the next issue is picking the state in which to do the formation. For people living in California, there is a temptation to form the entity in Nevada. Why? Well, it usually comes down to tax issues. California taxes everything including a LLC. Nevada, on the other hand, provides a much better tax situation.

So, when we ask about the merits of a California versus Nevada LLC, the answer is Nevada is the best jurisdiction to pick, right? It might appear so at first glance, but there are problems with this approach. You will often read that you can form a business entity in any state you desire. This is true, but you probably should not.

This is a common scenario, but problematic. Since the day-to-day activities of my business are taking place in Tahoe City, CA, California state agencies are going to view me as a California business. This means I will have to register with the Secretary of State as a foreign LLC since my entity is based in Nevada. I will also have to pay California state taxes and other fees.

The end result of all of this is that I end up paying all the fees I would have by originally forming the LLC in California. On top of that, I will also be paying all the Nevada fees. Given this scenario, the benefits of using a Nevada LLC are lost and I actually end up in a worse situation.

Most books and websites discussing the creation of business entities are painfully inadequate. Make sure you understand the complete picture before choosing where to originate your LLC or any other business entity.

CBS News put on a great video about the differences between California & Nevada when it comes to running a business. Click here to view video.

For more detailed info on operating your business in the greater Reno-Tahoe area, click here.

And remember,  if you would like more details, click on these links for more information about California Tax Benefits & Nevada Tax Benefits.  I think you will find it very interesting.

"We decided to work with Linda and the Granger Group in selling our home in Carnelian Bay, after watching her sell properties around the lake for the past... continued"
- Gina
All Testimonials
What's Your Home Worth? Free CMA