Lake Tahoe real estate is continuing to see positive trends in sales! The Wall Street Journal recently published an article talking about second home markets that have seen an influx in recent activity. Lake Tahoe is among the 2nd home markets discussed.

The Wall Street Journal article is entitled Empires of the Sun and was published on April 4, 2013 by Lauren Schuker Blum, Matthew Dolan and Candace Jackson. Click on the link to read entire article.

Here is the excerpt that talks about Lake Tahoe Real Estate:

The hottest new tech-industry accessory? A house in Tahoe.Venture capitalist Steven Stull recently paid $11.875 million for a 10,000-square-foot waterfront estate on Lake Tahoe in Incline Village, Nev. David Duffield, co-founder of Workday, paid $25.5 million for another Incline Village estate, according to public records. It was the largest sale on the Sierra Nevada lake since 2008, says listing broker Kerry Donovan. 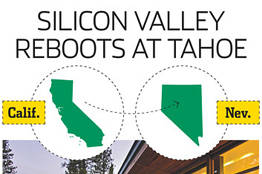 Brokers in towns surrounding the large freshwater lake, which spans the border of California and Nevada, say sales have picked up dramatically in the last six months, as spillover from the Bay Area’s exuberant housing market has finally reached the area. The Nevada side of the lake has gotten an additional boost since California passed Proposition 30, hiking income taxes on the wealthy and increasing the appeal of owning on the zero-income-tax Nevada side. 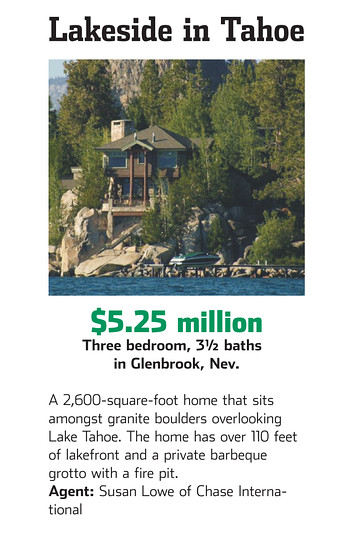 Brokers say sales are surging on both sides of the lake. “December was the strongest December we’ve ever seen in the business,” says Susan Lowe, the corporate broker for Chase International, pointing to data that stretch back to 1990. According to the agency, the first quarter of 2013 saw $246.4 million home and condo sales in the area, up more than 70% from the first quarter of 2012.

Jim Telling, a partner at East West Partners, which developed the Village at Northstar, says the company has seen a 72% increase in the number of home sales since 2011. Average prices rose to $869,000 from $531,000, spurred by a large number of $1 million-plus sales.

Kate Wormington, a 17-year Apple veteran who left in 2010 to raise money for an education nonprofit, and her husband, Dan, a current Apple employee, recently snapped up a fully furnished, four-bedroom home that was listed for $2.1 million. The ski-in/ski-out property is at Constellation Residences at Northstar, a Vail-operated ski resort in Truckee, Calif., that was recently overhauled to include boutiques, a skating rink and a Ritz-Carlton. Ms. Wormington, a mother of two, says she liked the area’s friendly vibe as well as its amenities, such as ski valets and a chef-run s’mores bar. “It is amazing to me how many people you run into,” she says, adding that they frequently see friends from the tech world and their hometown of San Carlos on weekends. “It feels like home.” 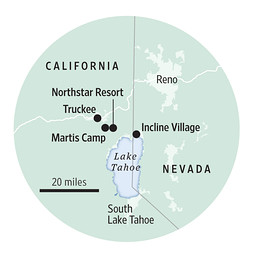 The change in the area’s fortunes has been swift and dramatic. Though the housing market in the Bay Area has been one of the strongest in the country, Lake Tahoe long struggled to recover from the downturn, with homes frequently sitting on the market for many months and selling well below asking price.

Despite the recent boom, prices still have yet to recover to their predownturn heights. Ms. Lowe says pricing generally dropped about 35% from the peak and is coming back slowly.

Martis Camp, a golf and ski community in Truckee that began construction in 2006, has sold 52 lots and homes since the start of January, says Brian Hull, director of sales, up from 27 at this point last year. Prices for lots range from the mid-$600,000s to $2 million and 108 homes have been completed so far. Mr. Hull says the influx of younger families from the tech industry has resulted in a number of contemporary-style mountain homes with glass-filled architecture.

“Silicon Valley is at the cutting edge of changing the way we live with tech,” he says. “They’re really doing that with interesting homes from a design standpoint.”

Ms. Donovan, a broker with Chase International in Incline Village, the Nevada town where Oracle ORCL +1.03% billionaire Larry Ellison has assembled a 7.6-acre lakefront compound, says Proposition 30 has had a positive impact on sales on the Nevada side. Though several high-profile sales have gone to tech-industry people, she says, the typical buyer is a wealthy baby boomer in finance or other industry from Northern or Southern California looking to relocate. “People are thinking, ‘OK, I’d better just do it now,’ ” she says.

"I can’t thank you enough for all you’ve done. Tom and I hope if we have any opportunities to send clients your way that we would love to do it. Jenny... continued"
- Sandy and Tom
All Testimonials
What's Your Home Worth? Free CMA